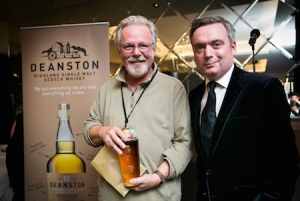 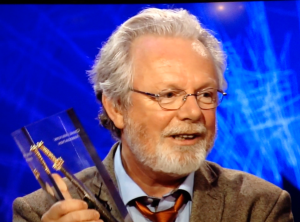 When Detective Sime Mackenzie boards a light aircraft at Montreal’s St. Hubert airfield, he does so without looking back. For Sime, the 850-mile journey ahead represents an opportunity to escape the bitter blend of loneliness and regret that has come to characterise his life in the city.

Travelling as part of an eight-officer investigation team, Sime’s destination lies in the Gulf of St. Lawrence. Only two kilometres wide and three long, Entry Island is home to a population of around 130 inhabitants – the wealthiest of which has just been discovered murdered in his home.

The investigation itself appears little more than a formality. The evidence points to a crime of passion: the victim’s wife the vengeful culprit. But for Sime the investigation is turned on its head when he comes face to face with the prime suspect, and is convinced that he knows her – even though they have never met.

Haunted by this certainty his insomnia becomes punctuated by dreams of a distant past on a Scottish island 3,000 miles away. Dreams in which the widow plays a leading role. Sime’s conviction becomes an obsession. And in spite of mounting evidence of her guilt he finds himself convinced of her innocence, leading to a conflict between the professional duty he must fulfil, and the personal destiny that awaits him.

“Entry Island is simply another outstanding novel by Peter May.
Though on second thoughts, nothing is ever simple with Peter May,
and this is not “another” novel by him:
we think it’s easily his best yet.“
Undiscovered Scotland
(click to read the full review)

“Told with exceptional clarity and a fine eye for the claustrophobia of island life,
it weaves a hypnotic spell as it jumps between generations and proves that
May is a writer to be cherished.”
Daily Mail (UK)
(click to read the full review)
“an absorbing read from a writer at the top of his game“
Daily Express (UK)
(click to read the full review)

“masterful“
“Both lines weave together, as elegantly as any Celtic knot, until May ties both ends off.
The final result is a fascinating glimpse into a shameful and frequently overlooked aspect of British history.”
The Independent (UK)
(click to read the full review)

“in a word, superlative and a book to get lost in.”
Deadly Pleasures Magazine

What the reviewers said about Entry Island

Buy now from The Book Depository with FREE worldwide delivery

*****
PETER MAY TALKS ABOUT ENTRY ISLAND

LISTEN TO… The clearance of an island village

LISTEN TO… Interview with witnesses

LISTEN TO… Confrontation with an islander

Click here to read the opening of the book…