How often is it that everything in life comes full circle?

Just three weeks ago, I returned for the first time to the city which was home to my first serious love.  Her name was Maria Nurita, and I was fourteen years old when I met her on holiday in Spain.

She inspired me to write my first book – an adolescent fantasy, much of which was set in the Catalonian city of Barcelona. 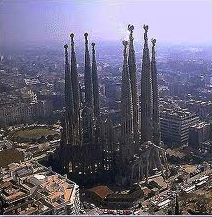 The publication of the Spanish edition of my latest and most successful book, “The Blackhouse” – La Isla de los cazadores de pájaros – took me back to that city many years later.  Of course, it was too much to hope that I would chance upon her in the street.  I wouldn’t know her now even if I had.  But I did have the spookiest sensation of haunting the streets of my own childhood where the ambition to write had been born.

Stranger still, however, was the journey back, two weeks ago, to the country of my birth – and the setting for “The Blackhouse” itself.  I have not lived in Scotland for ten years, and have only returned once in that time for the wedding of my daughter.  But to launch the book I flew to the capital for events at Blackwell’s in Edinburgh, and Waterstone’s in Glasgow.

It was a strangely emotional return, and I found myself once more walking the streets of my youth.  Edinburgh, where I trained as a journalist.  Glasgow, where I was born and grew up.  I kept having the feeling that I would turn a corner and bump into the teenage me.

But the defining moment came on the third day of my trip.  Quercus rep., John McColgan, was driving me to various bookstores across the Central Belt to sign stock.  We had lunch in Glasgow, and then he told me we would be going to the Waterstone’s store at Newton Mearns on the city’s south side during the afternoon. 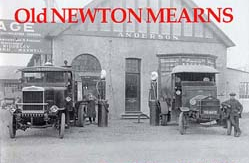 Anderson's didn't quite look like this when I worked there!

My heart skipped a beat.  This was where I grew up and went to school – the school which had so ignominiously sent me packing halfway through my sixth year (I played in a band, and my hair was too long for the headmaster’s liking).  Dumped suddenly on to the street in a bleak mid-term, I took whatever job was going.  And that happened to be a position as trainee car salesman with a very prestigious Chrysler dealership in Newton Mearns.  I stayed for a year, and the sales office in Anderson’s car showroom was where I sat down one day and filled in a form that would change my life – an application for one of the 12 places available at an Edinburgh college which provided training for journalists.

Out of nearly 300 applicants I was lucky enough to win one of those places, and I never looked back, embarking on a career that segued from journalism into books, into television, and back to books.

That was when I was 18 years old, and I had never returned until John McColgan took me stock signing.

It was with an odd sense of déjà vu that we approached Mearns Cross.  Anderson’s had been on the south-west corner.  But when we got there, to my shock, it was gone.  Obliterated.  And replaced by a sprawling shopping centre. 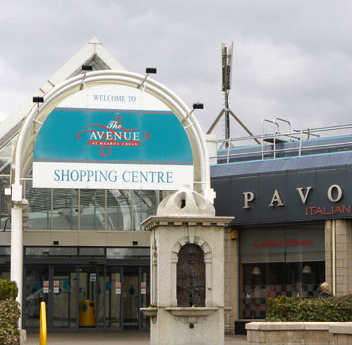 It wasn’t until we parked the car and were making our way through the centre to Waterstone’s that I got my bearings and realised that the bookstore was right on top of the very spot where I had once sold cars.  I felt the hair rise up on the back of my neck.  It was as if I had stepped on my own grave and bumped into the ghost of the 18-year-old me.

Here I was, all these years later, back in the same space that younger me had once occupied, signing the books that the older me would write so many years later.

How could I ever have foreseen such a moment?

Fate?  Design?  Or just the closing of another circle?