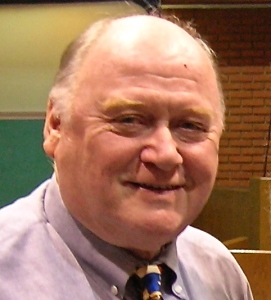 It is with great sadness today that I have to record the passing of my friend and mentor Dr. Richard Ward.

Dick was one of the most remarkable men I ever met.  After serving as a US Marine, he began his working life as a New York beat cop and went on to become an NYPD detective, but rebelled against corruption in the force and took a university degree in criminology.

From there he moved into teaching, and while Vice Chancellor of the University of Illinois in Chicago, set up the Office of International Criminal Justice (OICJ) which reached out to law enforcement agencies throughout the world, exchanging ideas, co-operation and criminology students.

It was during this time that he spent several years in China, effectively training the top five hundred Chinese police officers in the latest Western policing techniques, and it was this connection that led to my first encounter with him in 1997.

Planning a crime novel set in China, I was seeking information and contacts about the Chinese police at a time when the entire Chinese justice system was a closed book to outsiders.  A friend of Dick’s recommended that I speak to him, so I contacted him by email.

I was in France at the time, and by sheer coincidence Dick was coming to Paris to address a conference on international terrorism.  Quite rightly, he wanted to run the rule over me before committing himself.  And so we arranged to meet for dinner in Paris.  It was a convivial affair, with both our wives present, and I remember a great deal of laughter.  I passed, I think, some kind of invisible litmus test, because following our meal a flurry of texts, emails and phone calls opened doors for me in China which had hitherto been closed to any foreign writers or journalists.

It was a little like getting an introduction to the Mafia from a “made man”.  When I arrived in Beijing for my first research trip, I was taken under the wing of the Ministry of Public Security and given access to virtually whatever I asked for.  That began a long association with China and the Chinese police (who invited me to write a monthly column for their official magazine) which lasted almost a decade, and during which I wrote the six novels of the China Thrillers series, becoming also an honorary member of the Beijing Chapter of the Chinese Crime Writers’ Association.

One of those books was set in the US, though still with a very strong Chinese connection, and it was while researching that book that I went to stay with Dick and his wife and daughter at their ranch just outside Huntsville in Texas, where Dick was by that time Dean of the College of Criminal Justice at Sam Houston State University.  He set up research visits for me to one of the high security prisons in Huntsville, as well as a very sobering tour of the “death house” where, in that year, then Governor George W. Bush had already sent thirty-four prisoners to be executed by lethal injection.

I took the liberty of basing one of my characters on Dick, using his ranch as a location – and I recall him taking humorous exception to my description of the mess in his garage. 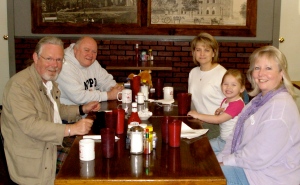 He used to sit of an evening in a conservatory appended to the back of his house and smoke his favourite (illicit) Cuban cigars.  I recall him telling me the story, over a glass of fine malt, of his returning to the US from a trip to Cuba with something like two thousand contraband cigars in his suitcase.  His heart was in his mouth as he was stopped at customs, only to discover that the customs officer was one of his former pupils.  They chatted animatedly for a few moments before the customs man tapped the suitcase on the counter in front of him and said, “I don’t suppose there’s anything in there that I need to look at, Dr. Ward?”  “Not at all,” said Dick, and he was waved through with a handshake and a smile.  (Of course, who knows, that might just have been apocryphal.) 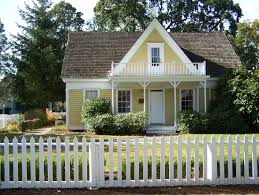 Probably Dick’s most significant legacy was his creation in 2002, while still in Texas, of the ISVG – the Institute for the Study of Violent Groups.  In a handful of innocent-looking suburban homes behind white picket fences, Dick established with criminology students from around the world what has become the largest and most comprehensive open-source database on violent extremism and transnational terror.  With custom-designed software, his students amassed an enormous relational database identifying trends, relationships and tactics of terrorist groups all over the globe, using only information freely available in the media and on the net.  Having moved latterly to Connecticut, with Dick himself, the ISVG has become the go-to source of information for all anti-terrorist and homeland security organisations in America.

He also wrote several hugely influential books on the subject of crime and criminal justice, including the seminal “Criminal Investigation: A Method of Reconstructing the Past”, along with his friend and colleague James W. Osterburg. 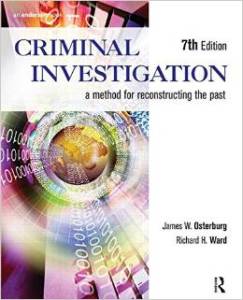 In Chicago, and Texas, and latterly at the University of New Haven in Connecticut (where I last visited him five years ago), Dick was responsible for training a whole generation of law enforcement officers from around the world.  The corridors of the FBI and the CIA, and who knows what other agencies, are populated by the former pupils of Dr. Richard Ward, and I never met one that wasn’t an absolute devotee.

He was a man of extraordinary principle, character and charisma, and I along with many thousands of others will miss him sorely. 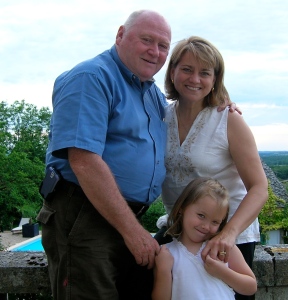 Dick, Michelle and Sophia during a visit to stay with us in France

Dick was seventy-five years of age – the twelve year age gap between us always sticking in my mind because we were both born in the Year of the Rabbit.  He is survived by his wife Michelle, whom he married while in China, and their young daughter Sophia  He also has a son, Jon, and daughter, Jeanne, by a previous marriage who loved their father dearly.  My thoughts are with them all.

35 Responses to In Memoriam