Now that the dust has settled on my three week trip to the Antipodes to promote my latest book, “Coffin Road”, I find myself looking back on my time in Oz with a certain wistful fondness. 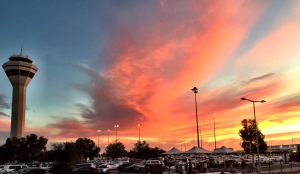 I suppose most Brits have a fairly stereotypical view of Australia, fostered by the tabloid press, and television soaps like “Neighbours” and “Prisoner Cell Block H”.  I had no real idea what to expect.  All I knew for certain was that it was a helluva long way to go.

But despite the jet lag, my wife and I were blown away.  Here was a country whose economy, tied to the phenomenal success of the Chinese, had prospered over the last eight years, while Europe and America had suffered stifling austerity, lack of investment, rising unemployment, crumbling infrastructure.  What a contrast.  Australia was bright and bold, modern (while still preserving the best of its colonial architecture), and with an energy and optimism that differed starkly from the depression and pessimism infecting the West. 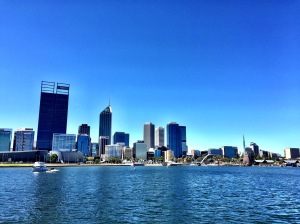 I had events at the arts festivals in Perth and Adelaide, travelled to Sydney and Brisbane – with an excursion to New Zealand – and was delighted to find that interest in the arts could hardly be higher.  All my Perth events were played to full houses.  Two thousand people turned up for my events in Adelaide – right across the road from a venue where the Scottish National Theatre was performing the James Plays to full, enthusiastic houses.  Nearly 200 crammed into a library in Brisbane.  People everywhere were incredibly friendly, all infused with what seemed to me like a natural sense of confidence and spirit.

Here was a country riding the crest of its own wave of success.  Were I twenty-five years younger, I might have been tempted to move there myself.  I simply loved the energy and enthusiasm that I encountered everywhere we went.  It helped, too, that the sun shone almost incessantly.  We made trips down the Swan River to the old port town of Freemantle; toured the Barossa Valley, tasting the wonderful South Australia wines produced there; wandered the harbour areas of Sydney and ate in restaurants with amazing night views. 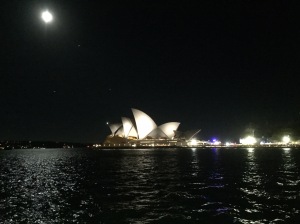 The one thing that might have cast a small shadow on the trip, was the wheel that came off my suitcase.  When you are dragging 20 kilos around for weeks on end, a functioning suitcase that wheels easily in and out of airports and hotels is a must.  So I was seriously dismayed when, landing at Auckland in New Zealand, to discover that one of the wheels on my case had been totally destroyed in transit.  Not least because I had paid a considerable amount of money for a suitcase which could survive the serious amount of travelling I undertake each year.  It was, however, still under warranty – although the warranty card was at home, back in France. 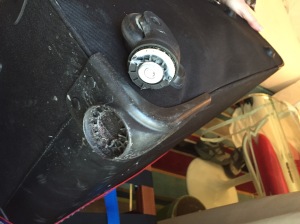 I looked up the makers, Delsey, online, and emailed their Australian office with photographs of the case and the shattered wheel, asking if they might be able to replace the broken part.  They wrote back with the bad news that the wheel in question was no longer being manufactured and so couldn’t be replaced.  But, then, to my amazement, they offered to replace the entire case.  And by the time we booked into our Brisbane hotel, there it was waiting for us.  So kudos to Delsey for pulling out all the stops and rescuing my tour from potential disaster.

Because of the length of travel involved in getting to Australia, I had pretty much decided before going that it would be a one-of trip.  But now I would be happy to brave the flight and go back any time.  Oz, it seems to me, provides the perfect template for a happy, prosperous, optimistic and energetic modern society.  So it’s a big Thumbs Up for that place Down Under.

PS: It was particularly heartening that “Coffin Road” sold out Down Under and had to go to an emergency reprint in time for my arrival, with several thousand copies being shipped out from the UK to fill the immediate gap.

10 Responses to Reflections on Oz

Leave a Reply to Author Peter May Cancel reply