The world of writing and publishing is full of horror stories about books turned down by major publishers which then went on to become bestsellers – J. K. Rowling and the first of the Harry Potter books being one of the most recent and spectacular examples.

In a European experiment conducted in the last few years, specially prepared modern manuscripts of classic pieces of literature were sent to various publishing houses.  Not only did the editors fail to recognise the works, they were ALL rejected.  Imagine!  Masterpieces like “Les Misérables” might never have seen the light of day.

It makes you wonder what great books might have been written that we will never have the chance to read, what wonderful writers are going unheralded – victims of the “factory farming” model of modern publishing. 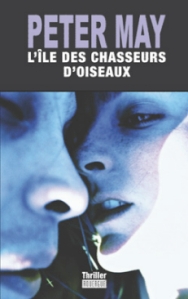 My own example is, perhaps, not quite so spectacular, but certainly an indictment of that model.

It concerns my book, “The Blackhouse”, which will be published for the first time in the UK in February.  It has already been out for over a year in France, where it has been hugely successful, winning awards and nominations.

I have made a short video about it.  Not the story of the book (I will leave the book to tell its own tale), but the story behind it.

Watch for yourself, and tell me what you think…